This mini break holiday had one main goal…to get away with my kids and mother and enjoy some warm weather…create memories to last a life time ..and relax…I wanted my girls to put down the iPads, iPhones and social media interaction for a few days and bond like siblings do when there is nobody else around…and its working… 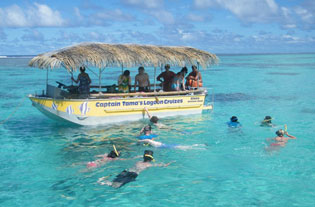 Day 3 :Snorkeling  : Captain Tames Underwater Snorkeling Tour… I had pre booked this tour with my travel agent before leaving home. ..it’s often cheaper than booking once at your destination..and even though you want your holiday to be un structured and to go with the flow..it’s also good to know that certain days have activities organised … the bus picked us all up and we were off to the other side of the island to the main docking area where we were  be fitted for flippers, masks and snorkels..then we jumped into the glass bottom boats and we were off to explore…Rarotongo is enclosed by a reef that wraps the perimeter of the island and the  depth ranges from 2- 3mtrs inside the  perimeter of the island…once at the reef barrier..it drops immediately to 3.5km below sea level..huge waves crash around the island but the lagoons are protected and safe..and very calm..the brightest of blues and the fish and coral spectacular…this particular boat touring company is a family run organisation with cousins and brothers overseeing everything from the entrainment, navigating and island seafood BBQ lunch…after about an hour of snorkeling we headed to a private island to sunbathe and swim.. or perhaps a beach side massage is more your style?? i know..its mine…how good is it to lie in the sun whilst being massaged…bliss…and then lunch is served….add to this a whole bunch of singing and ukelele playing..sarong tying and a ‘how to’ lesson on opening and drinking from coconuts. A quick swim and then it was time to get back to the main island…the tour lasts from approx 11am -= 330pm..bear in mind your totally on island time..so no watches allowed and costs approx $75per head..it’s well worth it.. 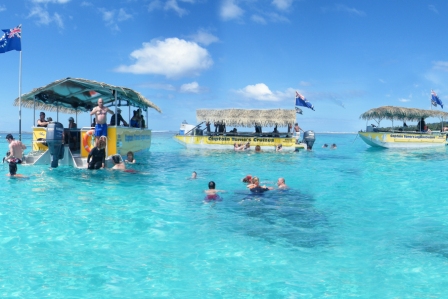 Day 4..Dina Lohan I aint…but my 18yr daughter was hell bent on exploring the night life whilst on the island..and she couldn’t go alone..so merely as a research exercise for the blog…all in the name of research…I went clubbing…I thought the best way to see all the clubs safely was to do the ‘ol fashioned pub crawl, so I booked the Night Bus.. A Bar Crawl Tour that starts at 9pm and finishes at 2am… so we were promptly at our hotel lobby at 9pm, eager and ready to rock it out..this slightly wrong mother and daughter duo..We heard the doof doof before we saw the flashing lights and the open topped disco bus. The cheers went up from the mid twenties – early thirties back packing crowd as we jumped aboard and we were on our way to the first stop..So awkward!….The Coco Puff proved to be a low key outdoor venue with a loud beat from the DJ… stop one..tick..stop two was a little more upmarket..local images and number plates from around the world adorned the walls and ceiling…..the NZ and Aussies were playing drinking games..the Italians and Spanish were doing shots of vino..and the newly weds were keen to get amongst it…my daughter and I took until stop 3 to make some mates..I think they realised we weren’t as odd as the combo seemed..and then we were salsa dancing with the Spanish and trying to decipher the Italians..Stop 4..very traditional island pub..Traders Jack ..all Maori and Islanders..and our little crazy tour group…its was stinking hot dancing on concrete in a tin shed..but a great laugh..the last stop was called Rehab..aptly named and thats where the dance music hit its highest..the guys were cool to watch as they pulled out all the moves and we actually had a ball..the tour guide took great care to make sure we felt safe and secure at all times..and by the end of the night..we all managed to have a blast..and of course we made new travel buddies..The bus got everyone back to their hotels safe n sound…A fun night  if you’re game….and a great way to forget your age and just enjoy! 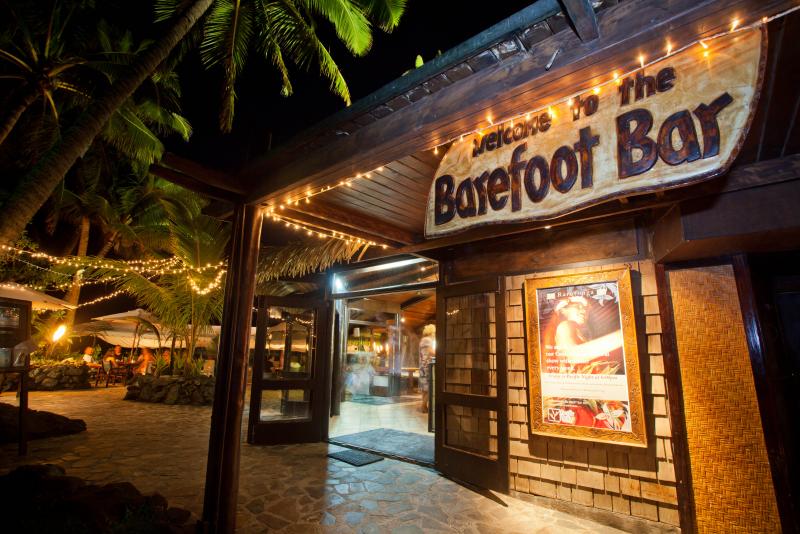